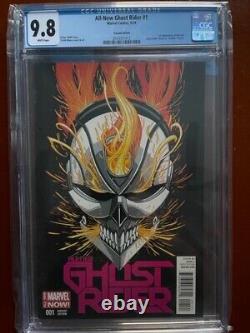 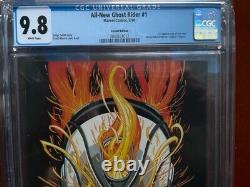 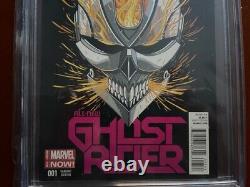 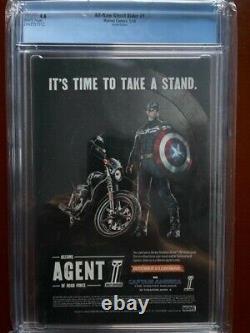 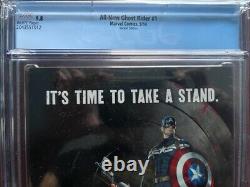 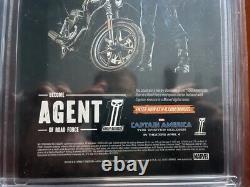 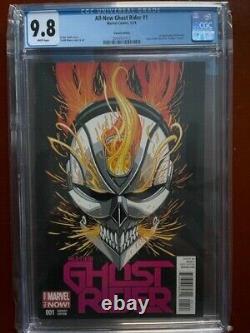 All-New Ghost Rider #1 1:50 Tradd Moore Variant CGC 9.8 1st Robbie Reyes Rare. Midnights Son's 2K Video Game Oct 2022 Release Date - Featuring Ghost Rider Robbie Reyes! ONLY A POP OF 19 (9.8'S GRADED) CURRENTLY ON CGC. WITH ALL BLACK FRONT COVER, VERY DIFFICULT TO RECEIVE A 9.8 IN THIS BOOK. The most famous Ghost Rider of all is Johnny Blaze, but in the comics he's just one of thousands to have claimed the mantle of the Spirit of Vengeance since 1,000,000 years ago. In 2014, Marvel Comics introduced a new Ghost Rider - one unlike any seen before in the comics. Inspired in part by One Direction's Zayn Malik, Robbie Reyes was envisioned as a Latino hero who fell under the influence of a Vengeance Demon rather than Zarathos, the traditional Spirit of Vengeance associated with the Ghost Riders. Where the most famous Ghost Riders drove bikes, this.

" was celebrated for driving a classic muscle car - a 1969 Dodge Charger, which he soon dubbed "the Hellcharger. The comics have continued to develop Reyes' All-New Ghost Rider as a character, and he's currently a member of the Avengers - revealed to be the Rider Above All, the ultimate incarnation of the Ghost Rider.

THIS CHARACTER WILL BE BUILT INTO THE FUTURE OF THE MCU AND WHEN IT HAPPENS THIS BOOK WILL BE A BLUE CHIP CLASSIC LIKE ALL THE PAST GHOST RIDER CLASSICS. 2022 Oct - Midnight Sons 2k Video gaming coming out featuring Robbie Reyes.

All New Ghost Rider: Brief Look into the Story line - FIRST Appearance ROBBIE REYES. After getting done at his job at an automobile repair shop Robbie Reyes. He finds Gabe being picked on by Guero Valdez. And his gang members who attempt to rob him of his wheelchair.

Robbie starts beating up one of the gang members until Guero pulls a gun on him. Robbie sees himself defeated and has to carry his brother back home on his back. Later at night Robbie goes back to the shop and takes the car he was working on to participate in a street race.

The race seems to go well until Robbie notices a helicopter following him. He tries to outrace it but eventually ends up in a dead end. Finally he decides to get out of the car, hands behind his head, assuming he has been followed by the police.

However, instead of being arrested he is shot several times. Opens the trunk of his car, taking large bags filled with pills out of them. They light Robbie and the car on fire and leave him for dead. After the cartel has left Robbie, instead of dying, transforms into Ghost Rider, gets back into the car and drives away. This item is in the category "Collectibles\Comic Books & Memorabilia\Comics\Comics & Graphic Novels". The seller is "petemartine66" and is located in this country: US. This item can be shipped to United States.